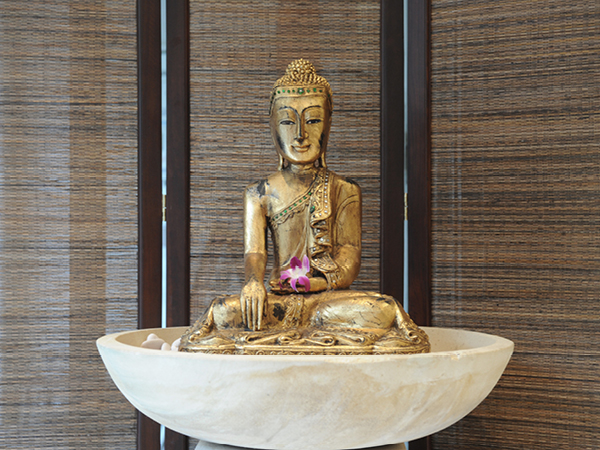 Kalarippayat is an ancient Indian martial and healing art-form that evolved alongside Yoga and Ayurveda and shares elements of both.

The tradition aims to bring peace to worldly conflict – inner and outer. Both Kalari practice and treatments holistically develop an individual; beginning from physical health, mental balance and progressing to the unification of the mind, body and spirit.

Kalarippayat is still relatively unknown because the British banned the practice whilst occupying India. However, Kalari continued as it had for thousands of years as a closed oral tradition. It is now re-emerging around the world as people are re-discovering the benefits of this ancient science.

Kalari treatments follow the fundamental principles of Ayurveda, but are also influenced by Siddha medicine and other regional Indigenous knowledge systems of India. Like Chinese and Tibetan medicines, Ayurveda and Kalari view a human being as a microcosm of the natural world. Treatments work on curing the root cause and not the symptoms of an imbalance. Therapists assist the body to return to a state of balance so that it can ultimately heal itself.

What distinguishes the Kalari therapist’s medical expertise from that of other specialists is their psychophysiological training as a martial artist. Before a practitioner can begin their studies in the healing arts they must spend several years in intensive physical and meditational training. This gives the practitioner extraordinary control over their body and mind and thus control of the vital energy or wind (prana vayu). The efficacy of treatment is based on this ability to control and channel prana (energy) while giving treatments.

Being tantric in origin, Kalari places great trust in the wisdom of the body to heal itself when given the chance;

“Slowly you renew yourself, you are regenerating yourself. If you can have this generation of energy, that is the real meaning. That you can generate energy from your body, you begin to become radiant. You are conscious of the flow of blood, the flow of breath, the taste of water and the feel of air after movement. Your whole body is vibrant. The body can be reclaimed as a source of energy and strength.” Chandralekha